Mr Gum and Natboff! author Andy Stanton has recorded hilarious Mr Gum audiobooks for the BBC, which are now available to buy.

Shabba me whiskers! The BBC have only gone and turned the whole of the bestselling and award-winning Mr Gum series into audio books! And not only that, but they’re all read by the author, Andy Stanton himself! And they’ve got music and sound effects and silly voices and horrible singing and EVERYTHING!

Here’s what Andy Stanton has to say about them: ‘Good evening. This is Andy Stanton, professional children’s author and part-time marshmallow. Hey, do you like hearing Mr Gum read out loud by a complete idiot? Well, then, you’re in luck, because guess what? I’ve gone and recorded all of my Mr Gum books for you!’

‘Yes, that’s right, folks, every single word of these audio books is spoken by ME! And not only that, but these recordings are absolutely JAM-PACKED with silly voices, weird sound effects and utterly ridiculous songs (sorry about my singing, by the way, it’s appalling). So there you have it – what are you waiting for? GET LISTENING, YOU NIBBLEHEADS!’

Take a look at Andy in action recording the Mr Gum! audiobooks in the BBC studio.

The Mr Gum audiobooks are released on 06 September 2018. So what you waiting for? Buy them now, you lucky little peanuts! 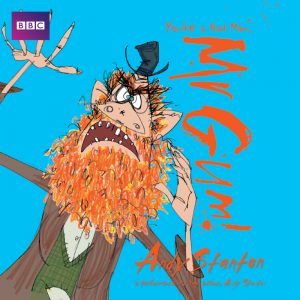 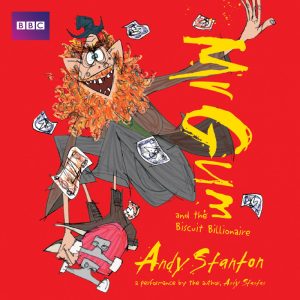 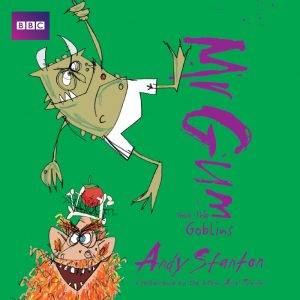 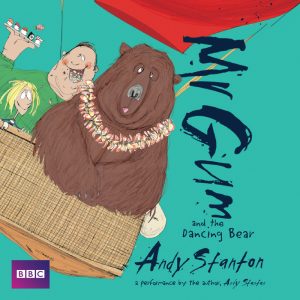 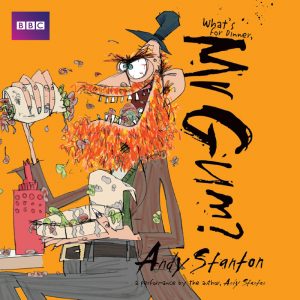 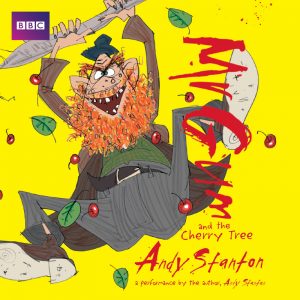 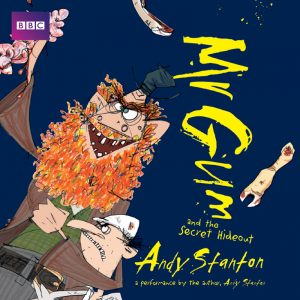 Andy Stanton lives in North London. He studied English at Oxford but they kicked him out. He has been a film script reader, a cartoonist, an NHS lackey and lots of other things. He has many interests, but best of all he likes cartoons, books and music (even jazz). His favourite expression is ‘good evening’ and his favourite word is ‘captain’.

You’re a Bad Man, Mr Gum! was his first book and is the first in the bestselling Mr Gum series. His new book, Natboff! One Million Years of Stupidity (which tells the story of THE WHOLE OF HISTORY and is 100% TRUE) published in June 2018.

‘It’s kind of The League of Gentlemen for kids. Completely hilarious.’ Zoe Ball

The Mr Gum books have: